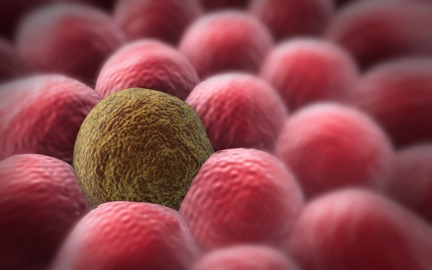 University of Minnesota researchers are preparing for human trials on molecular imaging technology that could improve early cancer detection. The team, headed by the U of M’s Department of Chemical Engineering and Materials Science Professor Ben Hackel, received a MN-REACH grant ($6 million total) this summer to create a molecular imaging probe that makes viewing tumorous cells easier following PET scans. This probe may one day be used to help to diagnose a variety of cancers at a very early stage. It could also help doctors decide on a particular treatment plan, because visualizing the cancerous cells early gives clues as to which types of therapy will be effective for individual patients. Researchers have been attempting to create a probe that specifically targets cancer cells for years, and the University researchers’ technology reliably hones in on a telltale biomarker of the disease.

The process of scanning on a cellular level is known as molecular imaging. Tracer probes, like the kind Hackel’s team is developing, are the missing piece of the puzzle. They bind to cancerous cells and illuminate them on PET scans images. Large companies like GE Healthcare are already investing in modified PET scanners that can detect on a cellular level, so tracer probes stand to be a particularly useful tool for healthcare professionals. Hackel’s team has stated their tracers will be able to identify colorectal, breast, and other types cancers, so the technology may be useful for many patients. The U of M is pursuing a patent on their molecular probe, and the work will be presented to investors in the near future. It remains unclear whether the team hopes to sell the technology, or create a spinoff company to make use of it.